How Talented Entrepreneurs Are Taking The Casino Industry By A Storm?

In the business world, unpredictability plays a vital role. There is no certainty regarding the condition of a business curve and the time when it could possibly result in profit or loss. This risk is what gives great impetus to the entrepreneurs to invest in all these years.

Alex Dreyfus on USA Today speaks about his career in the casino industry. He is from Mediarex Sports & Entertainment, and has had an ambition, which has been a reason for him to make history every day. He is looking for opportunities and ways to make Poker a top choice and more popular than ever.

This has been the reason for him to go on and his firm to succeed. It is true that though his GPL or Global Poker League has become a big name in the industry, it has also opened the gateway for poker players to look forward to more.

The Impact and origin of online poker

Today, around 40% of the poker players are online and this has been the trend that has urged casino operators to go for it. Online poker is not new and today, as per statistical data, around 40 million players play regularly and over a million play during rush hour across all casinos in USA and various other countries.

Such stats just display and have caused potential investors to think positively about investing here. As per Alex Dreyfus on Huffingtonpost, the sector has been growing and this has been a primary reason for him to consider his investment options. 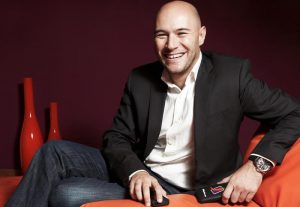 This has also been so encouraging for him to consider investing here in the sector and mint money. He has also been conducting the now famous GPL. He has been ambitious enough to consider expanding online poker popularity across the oceans and from the USA to Europe.

Today, the firm has over 100 million and counting players who play regularly. This is saying something, and yet, the fact that today’s players are mostly playing poker from their mobile phones adds to the stats.

In any way, the impact that this GPL has stirred up in every poker enthusiast around the world is inexplicable. Since the players are already online across diverse time zones, it becomes all the more a potential worth tapping.

What has worked in favor of this poker’s popularity?

Poker is already popular thanks to social media craze of the Texas Hold’em and other such titles. GPL has been a great way for the players too to score well, test their skill, and luck with internationally acclaimed players on a global platform. Every entrepreneur who knows his business well would be cautious about using his money in the right way.

In order to make sure that he runs a successful casino for instance, a person would try to get the best and the most profit-making games. Poker is one such game that is indeed worth the effort as entrepreneurs have guessed.

Right from the time in the past when it was a mere table game in the US, it had garnered favor. Over 70 million decks of cards are on sale in America every year. This just reflected on the number of card game lovers and poker does not disappoint.

An entrepreneur who finds this kind of tip is surely going to look forward to run the business. Likewise, when he is developing such titles and promoting them via his firm.

The fact that poker had made its presence through social media is also a primary reason for it to succeed. Today, when the players look for ease and comfort of playing this game, they just have to switch on their mobile phones or tablets and play.

The popularity of GPL:

The stakes are very high, the prize money is also quite alarming, and hence, the craze for this event is palpable. Those who do not understand the game or significance of the tournaments would not realize its importance.

But those who know the game and its stakes or the thrill of matching luck against equally talented players would claim that this is justified.

When players think of poker, they also think of winning at the big tournaments just so that they become the biggest winner of all time. There have been times in history when it has the all-time big winner. This just speaks high of the kind of challenges that these players have faced to reach this level.

For those uninitiated people, poker might just be a card game, but for the regulars, it is simply the game to play in a casino online.

GPL has made Alex Dreyfus popular and even poker more so. The fact that it is one of the most searched names in poker world and watched event just ensures that the tournament is popular.